We are committed to providing guidance, support and professional opportunities for our physicians-in-training.

The Center for Diversity & Inclusion at Brigham and Women’s Hospital was established in 2018 for the specific purpose of enhancing workforce diversity. We are committed to bringing in the most talented and diverse trainees, and will provide guidance, support and opportunities for professional development and advancement as you progress along your chosen career path.

Each year, BWH CDI has the privilege of participating in Mass General Brigham’s DE&I Summit. In 2022, the 6th annual DE&I Summit focused on learning more about diversity, equity, and inclusion, as well as developing skills to Name it! Act on it! and Change it! in day-to-day work. Be sure to check out the video below, featuring CDI Sr. Director, Tina Gelsomino, to learn more about the ways CDI has taken a collaborative approach to attracting diverse resident and physician talent across the Mass General Brigham system.

During the recruitment and interview season, we hold several networking receptions for UIM and LGBTQ+ applicants. These receptions are designed to connect applicants with UIM and/or LGBTQ+ residents, fellows, and faculty in an informal setting. These conversations give invaluable insight into what residency life is like at Brigham/Mass General Brigham!

"You Can Thrive Here"

See what physicians and physician-trainees have to say about our program – as well as working, living and relaxing in and around Boston.

"I really wanted a place that had excellent primary care training, that focused on social medicine and advocacy.... an institution that's truly partnered with the community that it serves... Each of the internal medicine classes at CHA only have 8 residents, so it's an intimate group... a solid group."
Ariel MajidiInternal Medicine / Primary Care Residency Program, Cambridge Health Alliance
"I really wanted to be trained by the best... to develop some mentors specifically in pediatric emergency medicine, which I've been able to do... Highly recommend coming to Boston, you guys will have fun. We're developing a community here of diverse residents and we're excited to have you!"
Imikomobong Ekopimo IbiaEmergency Medicine Residency Program, Mass General Hospital
"The thing I was most passionate about was taking care of patients of color, dark-skinned patients... In the one year that I've been here the program has completely supported me in expanding our skin-of-color clinics."
Oyetewa OyerindeHarvard Combined Dermatology Program
"We have residents who support us, and of course there's program leadership... A lot of the residency programs have committees to get involved in, including medical ethics, advocacy, and so many others... there are definitely a lot of opportunities to find your niche and get involved."
Taha KhanPediatrics/Child Neurology, Boston Combined Residency Program, Boston Medical Center & Boston Children's Hospital

"Boston's the perfect combination of a city and a town... it has all of the great things that a city offers, sports, arts, great scientific community.... We're just a mile away from the Arnold Arboretum, where we often go running, or Jamaica Pond is less than a minute away...."
Emily LauCardiovascular Disease Fellowship, Mass General Hospital
"I've actually been pleasantly surprised... on a day-to-day basis I'm interacting with a much more diverse population than I anticipated... I live with my fiance in a neighborhood called Fields Corner, which is in Dorchester... it's probably the most diverse area in Boston."
Imikomobong Ekopimo IbiaEmergency Medicine Residency Program, Mass General Hospital
"What's nice is that it's incredibly walkable... I moved from Atlanta where I was using my car to get around everywhere so it's been... a welcome change. I can go and run errands right after work... A lot of the neighborhood are based around squares. Each of the squares will have a post office, a grocery store..."
Ariel MajidiInternal Medicine / Primary Care Residency Program, Cambridge Health Alliance
"I live in West Roxbury... One thing I want to mention about Boston that is very important for me is where I get my hair done... a town called Roslindale... There are many other places in Jamaica Plain to get your hair done... you just google 'Dominican hair salon...
Frinny Polanco-WaltersAttending Physician, Adolescent and Young Adult Medicine, Boston Children's Hospital

"Things that I love about Boston... it's a beautiful city, the summertime is great, there are a lot of things to do if you like outdoorsy stuff... beer gardens, pop-up wineries... Suya Joint is one of my favorite spots, a Nigerian restaurant, and there are a ton of Black-owned restaurants in Boston I try to support..."
Oyetewa OyerindeHarvard Combined Dermatology Program
"There's a lot of green spaces, which is really nice given the times we're living in right now... It was from walking along the Charles, the Esplanade, that inspired me to take up a hobby of running..."
Gabriela VargasAttending Physician in Adolescent and Young Adult Medicine, Boston Children's Hospital
"One of the things I do like about Boston is the old architecture, the fact that they had fire escapes. I'm from Texas so we don't really have any fire escapes.... so I like to come out here and relax and think, after shift... from here I can see a nice view of the city, like all of Boston."
Melanie MolinaHarvard-affiliated Emergency Medicine Residency, Brigham and Women's Hospital and Mass General Hospital

Learn more about the many top-notch residency programs here at BWH and Harvard-affiliated schools.

We encourage all applicants to meet with CDI Leadership to learn more about our programs, resources and offerings.

Galen serves as the Chief Diversity and Inclusion Officer for the Center for Diversity & Inclusion. He is also the Director of Neurocritical Care in the Department of Neurology at Brigham.

Schedule a meeting with Galen Henderson

Tina is the Senior Director of the Center for Diversity & Inclusion at Brigham Health. She works to advance diversity ad inclusions, and supports all faculty, trainees and medical students.

Schedule a meeting with Tina Gelsomino

The Brigham and Women’s Hospital Center for Community Health and Health Equity (CCHHE) is committed to advancing systems of care, research and community programs that elevate the health and well-being of people who live in our surrounding communities.

BWH’s priority communities include Dorchester, Jamaica Plain, Mattapan, Mission Hill and Roxbury due to their proximity to the hospital and the disproportionate burden of poverty, housing instability, and other social determinants of health in these communities as compared to Boston overall. Home to over 260,000 people, BWH’s priority communities are more racially and ethnically diverse than the city of Boston overall. Mattapan, Roxbury and Dorchester have large African American/Black populations (68%. 42% and 35% respectively). Thirty-one percent of Roxbury residents and 22% of Jamaica Plain residents are Hispanic/Latino.

Boston is a city of many languages. Thirty-seven percent of Boston’s population five years of age and older speak a language other than English at home, and this percentage is notably higher in BWH’s priority communities of Mission Hill (43%), Dorchester (41%) and Roxbury (41%). 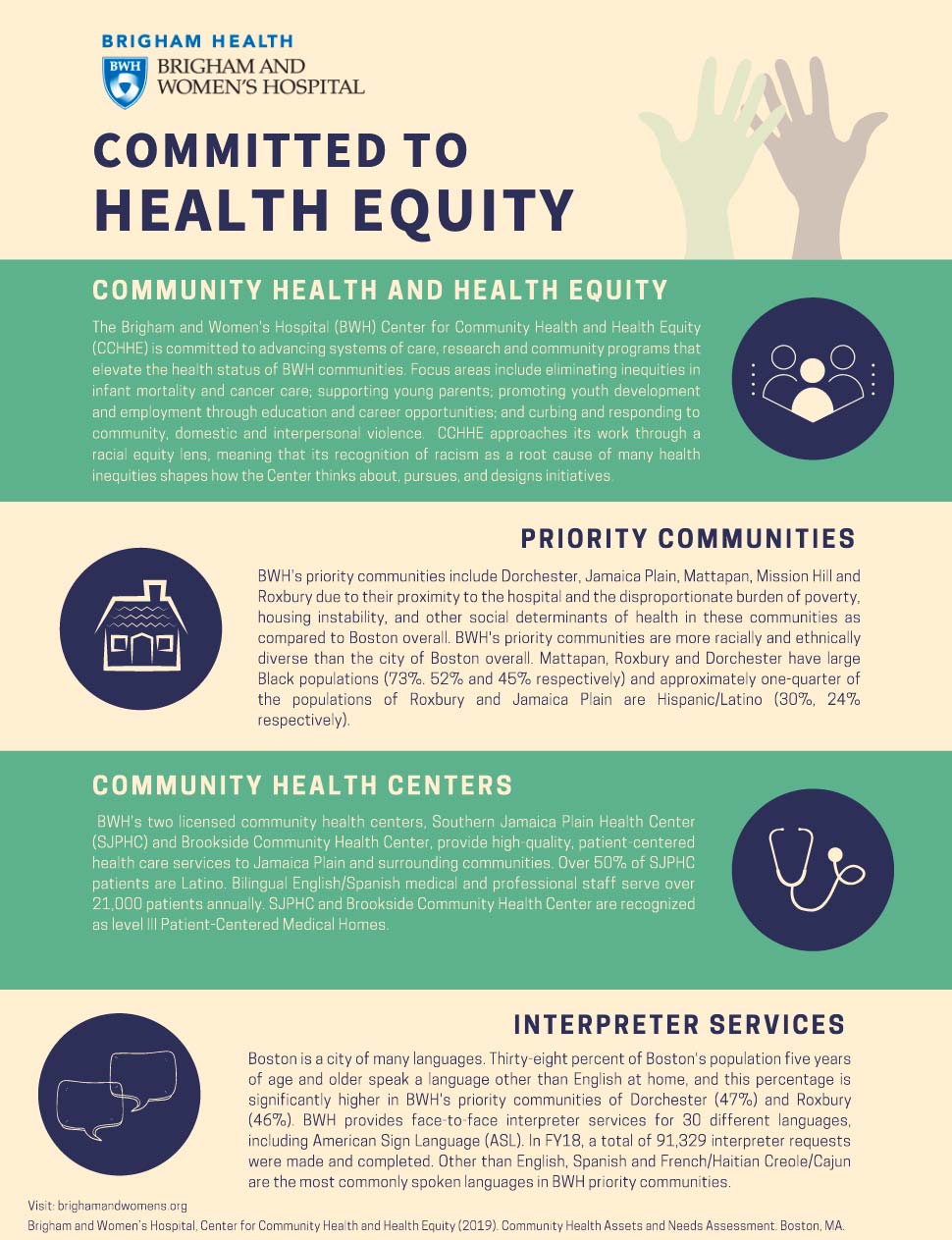 We understand that living in Boston is expensive, and our hospitals wish to provide assistance to residents with significant financial challenges who might not otherwise be able to train here.

The Resident Stipend pilot program will provide cash stipends to physicians-in-training who:

This stipend is in addition to the standard PGY-level salary)with their confirmation of continuing financial need.

The total stipend amount of $30,000 will be distributed in 3 installments of $10,000 at the beginning of each academic year for the first 3 years of the residency program. 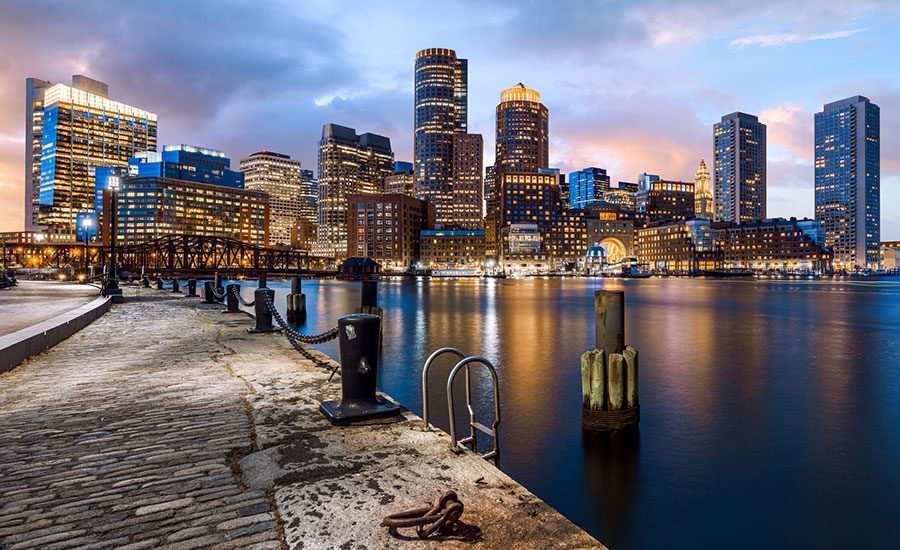