The Center for Diversity & Inclusion at Brigham and Women’s Hospital aims to provide advocacy, support and resources for all diverse faculty, staff, trainees and students. Get to know our team: 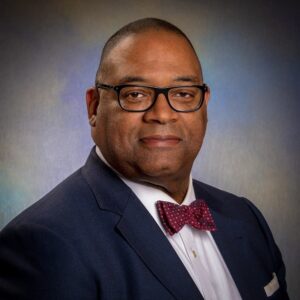 Galen Henderson, MD, FNCS is Director of Neurocritical Care in the Department of Neurology and Interim Chief Diversity and Inclusion at Brigham and Women’s Hospital. A Mississippi native, he is a graduate of Tougaloo College, an Historically Black College and University (HBCU) in Jackson, Miss., and Brown Medical School. He completed his residency in the Harvard-Longwood Neurology Training Program and a fellowship in Neurocritical Care at the Brigham. Dr. Henderson subsequently joined the Brigham’s Neurology Department, where he became the director of Neurocritical Care in 2001. During his tenure, our neurocritical care service has grown from five to twenty beds and is now one of the busiest ICUs at the Brigham.

In addition to his work at Brigham, Dr. Henderson is the founding deputy editor of Journal Watch Neurology, editor of Reprints in Stroke and the associate medical director of two federally designated organ procurement organizations. He received awards from three different secretaries of Health and Human Services for his contributions to the development of the Organ Donation National Collaborative.

He is also assistant professor of Neurology at Harvard Medical School, where his research focuses on clinical trials regarding treatments for stroke and cerebral hemorrhage. In addition, he lectures at the Neurocritical Care Society and the American Academy of Neurology.

Dr. Henderson is a member of the Board of Trustees of Brown University and past president of the university’s Alumni Association. He received a notable alumni service award from the university for his leadership and many contributions. Dr. Rexrode graduated AOA with a medical degree from Case Western Reserve School of Medicine and came to the Brigham in 1991 for her primary care internal medicine residency. After residency, she stayed at Brigham and Women’s Hospital to complete an epidemiology research fellowship and a Masters of Public Health at the Harvard T.H. Chan School of Public Health in 1996.

Dr. Rexrode has broad and deep research experience in women’s health, with a particular interest in the role of obesity and hormonal factors on chronic disease, as well as the understanding of sex differences. She is the author of more than 200 research publications. Dr. Rexrode leads several large grants from the NHLBI and NCI, and has been continuously funded by the National Institutes of Health since 2002. Her current research focuses on the impact of metabolism on the risk of heart disease and stroke in women. She also is examining interventions that might reduce breast density in women, thereby reducing the risk of breast cancer.

Dr. Rexrode is a committed teacher and mentor.  She served as the Program Director for the Harvard Vanguard Primary Care residency program from 2004-2006, and taught psychosocial aspects of medicine from 2003-2017. Dr. Rexrode was honored with the James S. Winshall award for Excellence in Ambulatory teaching in 2009.  She has been recognized as an excellent mentor, receiving the coveted A. Clifford Barger Excellence in Mentoring Award from Harvard Medical School in 2016.

Dr. Rexrode is a leader in faculty development in her role as Director for the office of Women’s Careers in the Center for Diversity & Inclusion where she works to support women’s careers and their academic advancement, to address issues of diversity and inclusion, and to reduce the impact of unconscious bias.  She has led 3 cohorts of the Women’s Leadership Program for women junior faculty, and has lectured widely on leadership skills for women as well as the role of unconscious bias. Tina Gelsomino is the Director of the Center for Diversity & Inclusion at Brigham Health.  She works to advance the Brigham’s diversity and inclusion strategy to support all faculty, trainees and medical students by focusing resources and support on a robust set of recruiting, retention and engagement initiatives, and in close alignment with the priorities of the Chief Diversity & Inclusion Officer.

Most recently, Tina served as assistant vice president of Administration for the Division of Development at Dana-Farber Cancer Institute, where she oversaw operations and talent management for 270 staff members.

Prior to that, she was administrative director of the Center for Faculty Development & Diversity at the Brigham, supporting faculty career development and diversity, with a special focus on advancing opportunities for women, underrepresented minority groups and research faculty.

In addition to being a certified business coach, Tina is a trained negotiator and completed the Harvard Law School Negotiation Certificate Program. She holds a master’s in social work from Boston College and a bachelor’s degree in psychology from Brandeis University. Molly Hines is the Program Manager for the Center for Diversity & Inclusion at Brigham Health.  She works alongside the Chief Diversity Officer and the Director to support faculty, trainees and medical resources both programmatically and through various faculty development and engagement initiatives. 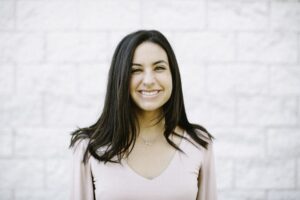 Leila Aruri is the Senior Program Coordinator for the Center for Diversity & Inclusion (CDI) at Brigham Health. Leila joins the CDI Team from University of Massachusetts Amherst with a Bachelor’s Degree in Public Health Sciences and a focus in social barriers to health and reproductive justice. She is passionate about social justice, health equity and diversifying the health care workforce. At the CDI, she manages the Center’s two Pathway Programs, the Summer Training in Academic Research and Scholarship (STARS) Program and the Four Directions Summer Research Program (FDSRP). 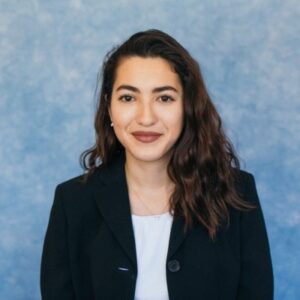 Izzy Yeoh is the Program Coordinator for the Office for Women’s Careers and Center for Diversity & Inclusion at Brigham Health. A graduate of Brandeis University with a Bachelor’s Degree in Anthropology and a concentration in women’s health, Izzy is passionate about promoting cultural competency in health care and research. At the Center for Diversity & Inclusion, she administers programs in conjunction with the Office for Women’s Careers, including the Women’s Leadership Program (WLP) and the annual Women in Medicine and Science Symposium.